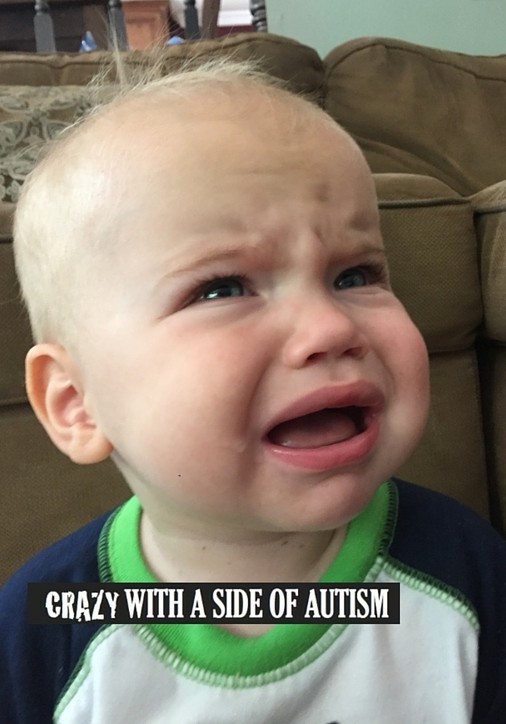 I’m literally holding my almost 5 year-old’s poop in my hand to avoid it from falling on the carpet all while he starts to pee on me. Then as I start cleaning poop from my hand and the pee from the carpet, he itches his butt, which hasn’t been cleaned yet, of course.

Before I can command him to keep his hands off the wall…Presto! A giant smear of my kindergartener’s feces painted all over the white bead board in the bathroom. Awesome!

For some reason, he’s not grasping the fact that if he grabs his nether regions, poop will end up all over his hands, under his nails, and ultimately all over the once white bathroom walls. The itch then smear routine happens a few more times before I can even begin to tackle the massive clean up.

Add to this messy situation, I’m still a little upset that my husband is working late tonight AGAIN, so I can’t attend my son’s back to school night. It’s his first full year in SDC (the new, more socially acceptable term for Special Education). I was so excited to meet the other parents and learn all about the therapies they are implementing, but plans change, as I’m begrudging learning from motherhood.

No big deal just a minor snag, but the saga continues. A chirping cricket has currently taken residence under the couch. He was sitting on the wall, so I decided to knock him down with an old pair of pajamas I found crumpled amongst the giant heap of toys in our living room.

The plan was for my 6 year-old bug lover to catch him and release him into the wild after I knocked him to the ground. Unfortunately, the cricket had another plan in mind. He took to my couch for refuge and hasn’t dared an escape yet.

The cricket issue is pushed to the background, as the baby’s cries remind me that I have a very grumpy baby who is always so happy but does not want to sleep today for whatever reason. He’s crying so hard, making himself cough between yelps, refusing to be consoled. Did I also mention that he was running in and out of the bathroom while I was cleaning poop from the floors and walls? 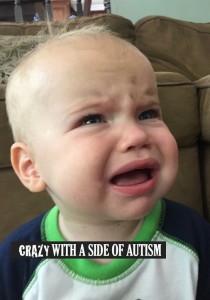 Oh and there’s the brother battle that took place while I was in custody of my little motley crew.  My sensory-seeking, poop-smearing 5 year-old spit on my 6 year-old’s face, so my usually non-violent son punched his brother in return.

Of course, during this epic battle, I am also trying to help with my 3 year-old’s ABA therapy, which means that there is a stranger watching me ungracefully stumble around these little obstacles of life. Now, I must also clean up the stickers that my son’s therapist allowed him to put on the wood chair in my kitchen, all while trying to console my over tired baby.

But…there’s more!  Now my 6 year-old insists that he has a fever and doesn’t feel well. Although, I suspect this sudden illness arises due to his early bed time for being disrespectful this morning.

Never a dull moment, but tomorrow is a new day! Right?? Of course, all this happened within the span of just one hour…one very LONG hour!

These are the crazy moments I laugh about when life is amazing! Here’s to finding humor in the crazy!