Creating Hearts of Gratitude and Generosity 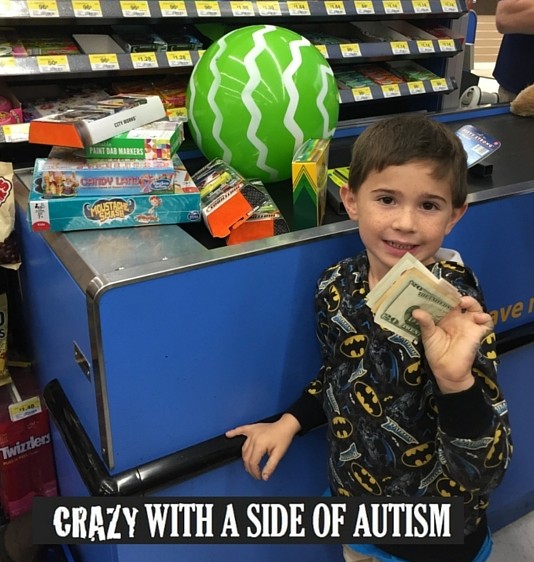 Every Sunday after church, we ask the older two boys what they learned, and then we share what we learned. After we shared about today’s sermon on cheerful giving, we urged the boys to open up their piggy banks and use some of their own money to buy presents for those less fortunate.

Much to my chagrin, we were met with grumbles and protests, so we decided to share the different ways my husband and I give, thinking this might cultivate some generosity within our sons. After explaining about regular tithing, we told the boys that we would also buy toys and some clothes as well, hoping to model cheerful generosity.

We thought this would urge them along in the giving process; instead, we were met with more complaining, tears, and anger. A majority of the the anger actually came from me though. After much debate, I gave up and said: Fine! I’m not talking about this anymore. This was not my finest mothering moment, but I could not take one more complaint. (I’m sure you can relate!)

When we got home, the boys ran outside while I prepared lunch. I started to complain to my husband: where did we go wrong? Why aren’t our kids generous givers? They have so much! Maybe too much? While I was whining to my husband, suddenly, the boys ran inside, declaring that they now wanted to open up their piggy banks to take money out to shop for “kids without toys and food”.

My eyes popped out of my head, I’m sure, but I acted nonchalantly, as I figured they would pull out only a few coins. Plus, I was still upset from our conversation earlier. I gave them each a baggy to put their money in, expecting very little but somewhat internally happy for their willingness at this point.

As they sorted through their money, which they have never been able to spend before today, I explained that some kids don’t have toys or even food or clothes, for that matter. I continued to tell them that with the amount of money they chose to spend, we would be going to the store, so they could buy whatever they wanted to give away. They were in charge at this point.

After about 10 minutes, my boys announced that they were ready. What happened next shocked me even more than their complete 180 about the entire process. My 6 year-old filled a bag with coins and bills that totaled over $45, and my 5 year-old set aside $15. 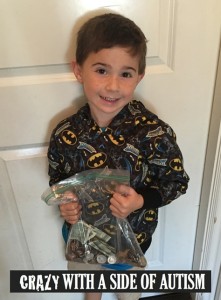 My husband and I were shocked but most of all proud. This was their money and their choice. It was the biggest blessing of this season, despite its rocky start. We took the boys to the store, and they each picked out several items to give away, some food but mostly toys. They gave with generous hearts, and we were all so blessed.

I pray that their huge act of generosity leaves an imprint on their tiny hearts and continues throughout the year. I also pray that this new tradition will create hearts of gratitude and generosity that lasts a lifetime. I’m thankful for all we have, and I want my boys to be too.